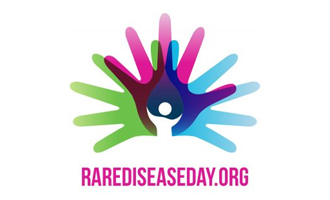 On February 28th, the Hyper IgM Foundation along with the National Organization for Rare Disorders (NORD) will recognize Rare Disease Awareness Day. Rare Disease Day takes place on the last day of February each year. The main objective of Rare Disease Day is to raise awareness amongst the general public and decision-makers about rare diseases and their impact on patients’ lives. This year the focus of the day is on Research, which is also one of the Hyper IgM Foundation main goals for 2017. The Foundation has announced two research grants  funding for researchers interested in the advancement of a cure for Hyper IgM Syndrome.

Our community of one in a million patients and their families will come together on this day to raise awareness for Hyper IgM Syndrome and Rare Disease Awareness Day. Some of our families have taking their support a step further, and have organized fundraisers in support of the foundation, and the research we are focused on. One such Ashley Melton of Gastonia, North Carolina. Melton lost her son, Travis, to Hyper IgM in 2012 and is sharing his story here for the first time. Melton hopes that with the funds raised in honor of Travis, other children in the near future will be cured of their Hyper IgM without the need to undergo the risky and life threatening transplants that are currently the only cure. Here we share Travis’s story as his mother shared on the fundraising page –  In Loving Memory of Travis Davis: 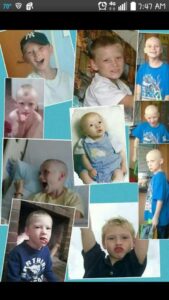 Travis was an amazing, strong, smart, little country boy that stole the hearts of many people he encountered, throughout Travis’s life he was sick more than most children. I would take Travis to the doctor or to our local hospital, they would do test, prescribe Travis an antibiotic, and send us home. Travis would get well for about a week, it seemed as if antibiotics didn’t help long. So, then Travis was referred to an ear, nose, and throat specialist and Travis had tubes put in his ears at the age of two. For almost eight years, we went through doctor visits and medication not knowing that Travis had a rare disease called Hyper IgM.

In January 2013 Travis got sick one evening, he was coughing, running a slight fever, and his face looked very pale. The following morning I took Travis straight to our family doctor, when the nurse took Travis’s vitals his oxygen level was very low, another nurse came in with an oxygen tank and put an oxygen mask on Travis. My memory is a little blurry during that moment because I was so scared, everything happened so fast. An ambulance picked us up and our doctor told them to take Travis to the children’s hospital. Travis was admitted into the children’s hospital, there he was diagnosed with Hyper IgM. After an eight day stay Travis was discharged a day before his eighth birthday. I was so scared, the doctors knew very little about the disease, the information they did have seemed to be a lot of statistics. Although I was scared had decisions to make and completely lost on what Travis had, I still had a birthday to celebrate. So, I held my head high and threw Travis one of the best parties ever. Travis started going to different specialist twice a week, they did all kinds of test and we decided to try a bone marrow transplant. Everything was going good, Travis received the transplant, the doctors told us everything was good and Travis would be released September 13, 2013.

The morning of September 12, 2013 a nurse woke me up and said “honey don’t be scared there’s a lot of doctors in here Travis’s oxygen level has dropped”. When I set up, his bed was surrounded by doctors and nurses, the doctor informed me Travis was going to be admitted in ICU. I looked at my baby boy with an oxygen mask on, his eyes were wide with fear, I was so scared and confused all I could say is “it’s going to be ok”. Travis was put into a medicine induced coma and on life support. It seemed as if Travis got worse by the hour, then eventually his origins began to shut down. October 12, 2013 the doctor called me into the room and told me that Travis’s blood pressure kept dropping and things didn’t look good. I remember I was holding his hand and a nurse gave him some medicine in his IV, so I ask her was she doing it for Travis or just giving it to him? She looked at me and said “I’m giving you time”.

At that point I decided that I could not be selfish Travis had fought a long hard battle his poor little body was tired, that was all the time I was going to get. After I got confirmation from another doctor that there was nothing else that could be done to save Travis. I requested to stop the medication and turn off the machine’s, Travis’s family gathered around his bed and for the first time in 3o days I got to lay in the bed and hold my child. For 20 minutes Travis’s heartbeat as I held him for the last time, the room was silent until the buzz of the heart monitor went off everyone looked up at the red line across the screen. My baby boy was gone, I was left surrounded by my family crying, the sound of machines and memories of an amazing little boy that fought a hard battle.