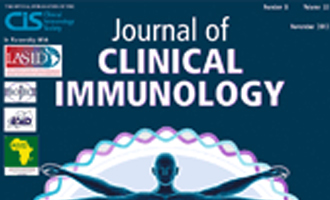 In these blog posts we hope to bring you recent summaries of relevant research for Hyper IgM Patients as well as our take away from the studies. In this post we will discuss the most recent large cohort of Hyper IgM cases out of Japan published in the Journal of Allergy and Clinical Immunology.

Hyper-IgM (HIGM) syndrome is a heterogeneous group of disorders characterized by normal or elevated serum IgM levels associated with absent or decreased IgG, IgA and IgE. Here we summarize data from the HIGM syndrome Registry of the Latin American Society for Immunodeficiencies (LASID). Of the 58 patients from 51 families reported to the registry with the clinical phenotype of HIGM syndrome, molecular defects were identified in 37 patients thus far. We retrospectively analyzed the clinical, immunological and molecular data from these 37 patients. CD40 ligand (CD40L) deficiency was found in 35 patients from 25 families and activation-induced cytidine deaminase (AID) deficiency in 2 unrelated patients. Five previously unreported mutations were identified in the CD40L gene (CD40LG). Respiratory tract infections, mainly pneumonia, were the most frequent clinical manifestation. Previously undescribed fungal and opportunistic infections were observed in CD40L-deficient patients but not in the two patients with AID deficiency. These include the first cases of pneumonia caused by Mycoplasma pneumoniae, Serratia marcescens or Aspergillus sp. and diarrhea caused by Microsporidium sp. or Isospora belli. Except for four CD40L-deficient patients who died from complications of presumptive central nervous system infections or sepsis, all patients reported in this study are alive. Four CD40L-deficient patients underwent successful bone marrow transplantation. This report characterizes the clinical and genetic spectrum of HIGM syndrome in Latin America and expands the understanding of the genotype and phenotype of this syndrome in tropical areas.

This is an important study as it is the first Hyper IgM study to come out the Registry of the Latin American Society for Immunodeficiencies. With a total of 58 patients, and published in 2014, like the Japanese paper, it has more recent data on a patients that have not been included in previous ones. Dr. Torgerson and Dr. Ohcs helped work on this one. I think the main takeaway from this study is that patients living in Central and South America are at greater risk of contracting certain opportunistic infections that are not common in the US and EU, and have not been identified in previous studies of Hyper IgM.